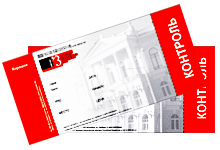 Five office workers stand in front of their boss’ cabinet. They’ve gathered their courage and they are ready to enter the lair. They wanted to make a good impression, so they carefully thought over each word and rehearsed in front of the mirror. The meeting with the Boss is thought out to the last detail – from the back posture to the finest intonation.

October 4
“Masterskaya” Theatre (Saint Petersburg)
«And Quite Flows the Don»

“And Quite Flows the Don” is the diploma work of Grigoriy Kozlov’s theatre in Saint
Petersburg State Academy of Theatrical Art. The work at the Sholokhov’s novel lasted
more than ten years. It took less than a year for it to become an remarkable event in the life of he city. All professional critics, experienced and young theatre audience, note the importance of not only theartistic, but also the public and the political content of the play.

“When I was eleven, I broke my piggy bank and took off to the prostitutes…. “ So begins the funny and touching travel of Momo, a boy from the Blue Street, from childhood to the world of grownups. The gorgeous Brigit Bordeaux, the mysterious Arab Ibrahim, his father – a layer, mystical Sufis – all are milestones on his way from Paris to Istanbul. Momo runs cheerfully through the life restlessly rolling the globe.

“Liquid Theatre” is floating from one space into another. It is preactically the only theatre in Russia working in the “site specific” genre. The shows grow out of the place where the actors find themselves at this very moment: a park, a backyard of a residential house, theatre stairs, central city square or the outdoors of a former paper factory. For a new show they don’t need a play, but an impulse, a topic, a spring that pushes the actors around. Having found themselves in different spots of one space they begin to work perfecting their skills – dance, acrobatics, drama art… The Liquids compose their shows using the experience of street, physical and visual theatre

Circus acts, theatre, singing and dancing – that’s what Cabare Theatre is all about.

“Art” is supremacy. This is when you make people think that at that moment there is only one way and one voice. It’s yours”.

The play is about the times, when Maria Callas at the end of her carrier conducted workshops in Juilliard. Her weird and constantly changing character shows during the classes with her students - victims, as she used to call them. Acrid, sincere and surprisingly witty, she strives for her students’ perfect performance and, simultaneously, recalls her past. Sincerely and with a note of vanity, Maria remembers herself being an ugly duckling and hating her competitors. Then she conquered La Scala and the heart of the Greek baron Aristotle Onassis. Slowly, her amazing vulnerable personality shows through the shining of her star image. 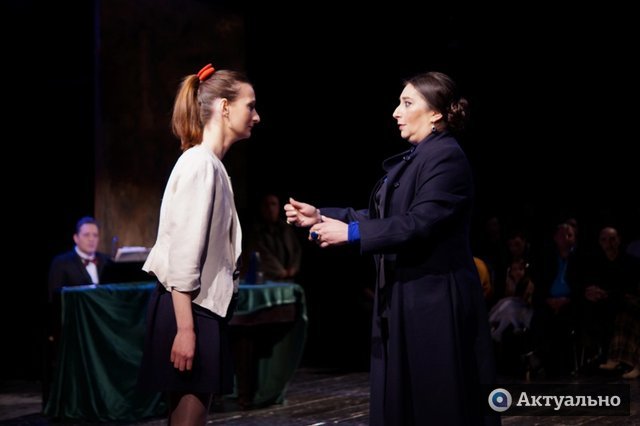 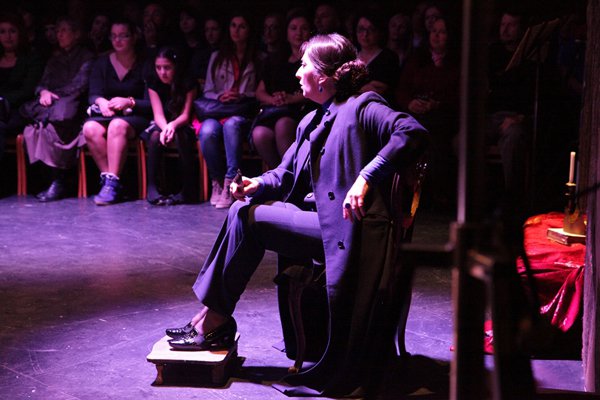 The theatre adaptation of a hieratic novel by Kobo Abe is a calling card of the “ZERO” theatre company. It enjoys recognition of true theatre admirers and literature experts, tones of positive critics and a rich international festivals’ history.
“… in adaptation of Oleg Rodovilskiy and Marina Belyavtseva the philosophical novel by Kobo Abe turns into the story of the two – an obscure, weird and touching love story in a mysterious environment...”
From Mass Media

The National Macedonian Theatre’s stage version of the A.P. Chekhov play’s “Ivanov” is a failed comedy that develops into drama. A nervous, deeply emotional, sad, but eased with humor, the play is about a talented person who takes responsibility for the world he created and who couldn’t bare the load of this responsibility, about the impossibility to break your nature and to run away of yourself, about the struggle for love between a man and a woman, about the desperate loneliness among people. The major part is played by Ognen Drangovski, who played the part of Shylock in Bill Buckhurst’s play “The Merchant of Venice” on the stage of the famous Shakespeare theatre “Globus” in London.